Home › Events › The Awards of the Sparta Cup by Zapata Jewellers 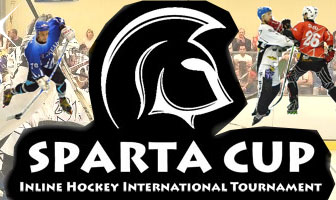 The Awards of the Sparta Cup by Zapata Jewellers

After last years success, Zapata Jewellers are once again the official sponsor of the Sparta Cup ’14, the best Inline-Hockey competition in Europe which will be held from the 16th until 18th of May in L’Illa Esportiva Castellbisbal (Barcelona). This is one of the most important events that brings together the best teams and players of this exciting sport, among which stands out the French team, the Diables de Rethel, which will participate for the first time in the tournament. It is one of  the clubs with the most trophies in their windows and of course didn’t want to miss out this years competition.

Zapata Jewellers will not miss it as well, as this year we will be more present than we have ever been before. Our company will award prizes to the winning team of the tournament and to the winners of Sparta All Stars (best penalty, fastest player, player with the best shot, best goalkeeper and fastest goalkeeper). The main prize will be for the solidarity goal of “Teddies Day” in the final. This award has a value of 775 € and is one of the most exclusive Victorinox Swiss Army watches, the brand which also shares the sponsorship of the competition.

In addition, all hockey fans can access a wide variety of jewellery related to the world of Hockey on Zapata Jewellers’ website.

Another part of the tournament is the charity event “Teddies Day” in which Zapata Jewellers would like to invite you to participate as it is a campaign held by the Joguines Sense Fronteres organisation that collects stuffed animals and balls with the intention to help disadvantaged children around the world. The way of the recollection is the most spectacular event due to the release of collected toys on the rink: the audience will throw the objects when the fist goal that marks the grand final, creating a stunning visual effect.

Despite this year will already be held the sixth edition of the tournament, Inline-Hockey is still quite an unknown sport in the world of hockey. In fact in Spain there are only a few regions where this sport is practised. Catalonia, with a big tradition of roller and field hockey is at the top. Its main supporters are Canada and the USA, its popularity is growing in Spain where the spanish Inline-Hockey selection recently were the champions of the World Team Cup, with Carles Benito, the director of the event, as a player.

The show is assured as it is a very dynamic sport and because during the Sparta Cup you can enjoy extra competitions, beyond the 20 matches. All of that is happening within only 72 hours. If you are unable to attend the show you can get all the news and information on the website specializing in hockey, as it makes it very easy to follow the event as it will broadcast the matches live and completely free of charge. This will make the Sparta Cup ’14 be seen around the world at real time, something that has never been seen before in Spanish Inline-Hockey and is comparable to the big leagues of the NHL.