Rado, a Swiss watchmaking brand, stands out for its innovation, robustness and comfort in all their watches. Day by day Rado has presented style and design in all their pieces, the watches that have been shining throughout the history for their excellence, advanced technology and materials.

Rado, a brand full of history

Rado was born in a small town in Switzerland (Lengnau) in 1917. Schulp & CO, what was the former name of the company, was founded by three brothers: Fritz, Ernst and Werner Schulp.  However, just 40 years later, the company was established as Rado Uhren AG, a name that fit precisely to the first watch that was launched on the market. This was only the beginning of a great journey filled with success.

A history full of watch launches 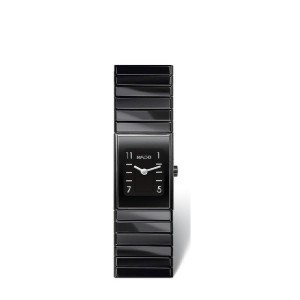 In 1983, Rado joined the Swatch Group. In 1986, they presented the Rado Integral Watch, a piece that is resistant to scratches and is finished with a robust high-tech ceramic strap. A year later, they released the Rado Coupole, a watch that stood out for its composition in convex Sapphire Crystal.

In 1990, it was the turn for the Rado Ceramic, a piece that stood out for its design in high-tech ceramics. Just two years later, the Rado Sintra the fist cermet made(ceramic with a titanum and metal base) watch was released.

In 1995, Rado received the innovation award from the Technology Center Switzerland for creating the world’s most resistant watch in its time, the Rado Concept 1. It was such a success for the company, which just a year later began to rise more daring designs of watches by mixing high-tech ceramic, gold and diamonds. 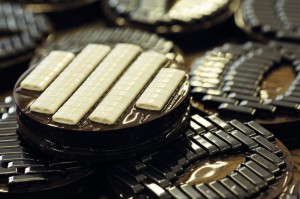 The first exhibition took place in 1999, enchanting the market with the Rado Cerix, a watch that stood out with its spiral shaped strap. It was followed by another innovative watch, the Rado eSenza, which was designed without crown.

In 2002, the company marked another milestone in its history. One of their watches, the Rado V10k, was included to the Guinness Book of World Records as the world’s most resistant watch. Then again Rado was valued for its professionalism and high technology in all their products.

In 2005, the company highlights the advanced technology of its watches with the launch of the new collection of classic watches, the Rado Original. A year later came the Rado True, a piece that combined high-tech glaced ceramic with high-tech decorated ceramics. However in 2008, appeared the watch that astonished and hypnotized all watch-lovers, the Rado Sintra Gold Jubilee, a golden high-tech ceramic.

In 2009, the company put all their focus on the design of their pieces, releasing the Rado r5.5, a watch designed by the renowned Jasper Morrison.

In the recent years the company has launched several watches: the watch D-Star (2010), the fist watch Ceramos, a piece that combines high-tech ceramic with a metal alloy. The Rado True Thinline (2011), an extra thin watch and the Rado HyperCrome (2012), created in a piezoceramic (mono block). 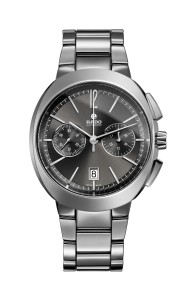 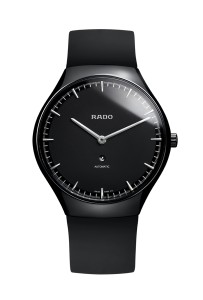 Finally in 2013, Rado has launched its first portable tactile device, Rado Ceramic and the DiaMaster eSenza RHW1 watch that goes beyond the high-tech ceramic ultra light. Two pieces that have marked a “before and after” in the career of the brand.

Rado and their bearers

From the beginning Rado had a great connection to the world of sports and cinema. 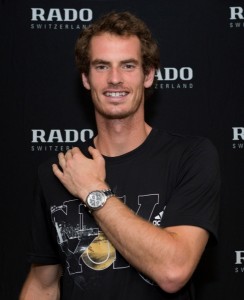 Andy Murray and Rado Watches have accomplished together numerous tournaments and world records. This player represents the strength and endurance of their watches.

Hrithik Roshan, an Indian film actor, represents the constant innovation of the brand. His ability to reinvent himself in new roles is a reflection of Rado and its constant change to improve.

Renata Litvinova, an icon in the movie industry, is known for her versatility and creativity. Rado identifies itself with Renata for her stress upon the design and new formats in all their pieces. 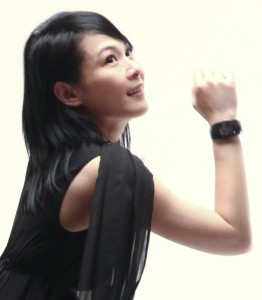 René Liu, singer and performer, symbolizes the ability to find solutions and new routes for Rado.

Rado, a brand to talk about

From the beginning the Rado watches have shone in the watchmaking sector for their constant innovations in the market. Rado has always been valued by its materials, aesthetic qualities, designs and the constant improvement in technology of their watches.

3 comments on “THE RADO WATCHES”