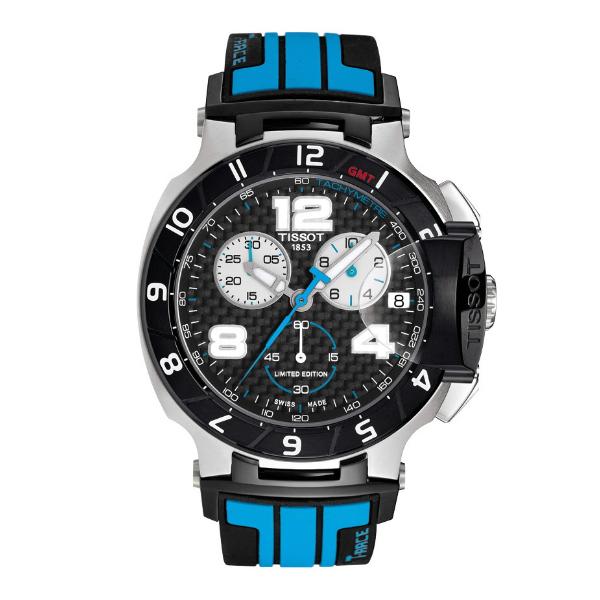 On the 14th ,15th  and 16th of June, one of the most important competitions of the MotoGP world championship will take place in Montmeló, the Catalonia circuit. There are three Spanish competing  for  the  final result of the championship: Dani Pedrosa, Jorge Lorenzo and Marc Márquez. Tissot, the official watch of the event,  once again  will time all pilots, as well as reward them  with a watch  for the one who achieved the Pole Position. 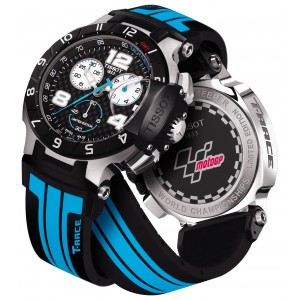 With a fast pace and following a thrilling season, Tissot will start its Official MotoGP  collection with two T-Race watches, Limited Edition 2013; one mechanical and the other Quartz. The mechanical model is powered by the revolutionary movement chronograph C01.211  and is limited to 3333 units. The second model is produced in a number of 8888 units.

Both watches conserve the dynamic and robust aspect of bikes. Made in carbon and with functional details such as counters. This year and thanks to the experience in collaboration with Tissot and MotoGP, the limited editions are carrying a new and fresh look with a stylish blue color and are presented with a helmet shaped box, making them a real collectors items.